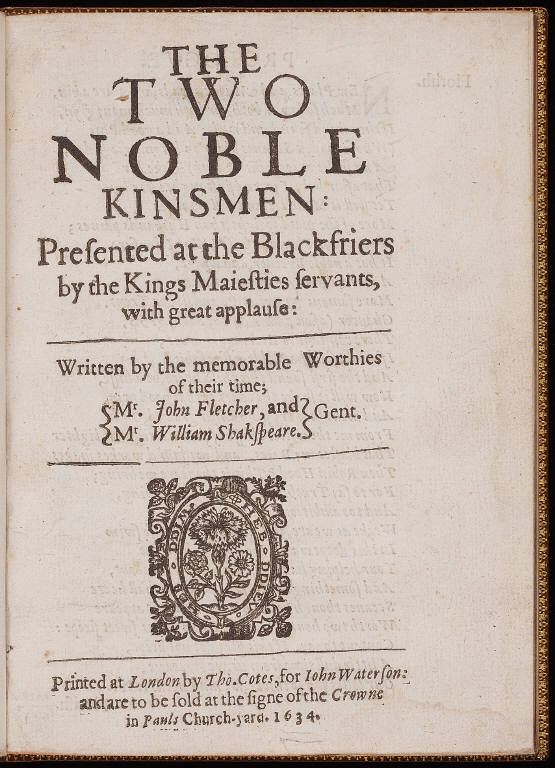 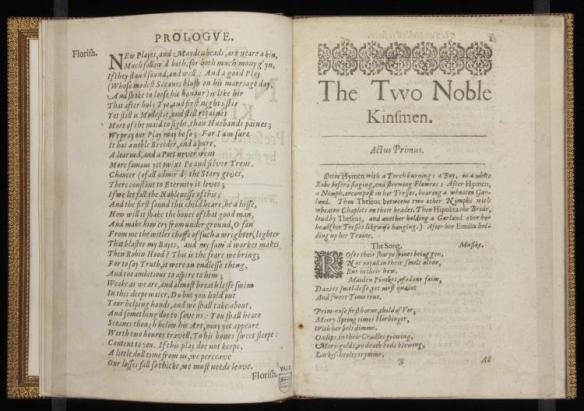 The Two Noble Kinsmen supplies another portrait-in-miniature of Shakespeare’s role as dramatic author, so strange and so shifting when compared to our own notions of authorship.

When printed, plays tended to boast one author as their source–but this was not the only way to compose a play. In fact, Shakespeare may have been exceptional in the authorial control he enjoyed over his plays, though he was never so outspoken about it as his contemporary Ben Jonson. For Shakespeare, it would seem, that model of authorship so vociferously advocated by Jonson–in which each words distills some essential component the writer’s personality–was not so strict as to prevent writerly efforts of more relaxed control, when one author collaborated with one or several more, each writer taking responsibility for a scene, a set of scenes, or a few distinctive parts. 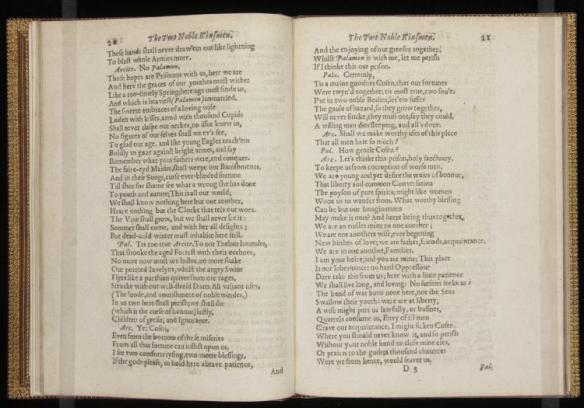 In The Noble Kinsman we find one example of just such a porous, collaborative model of how to put a play together. Notice the advertisement on the play’s frontispiece: “Written by the memorable worthies of their time, Mr. John Fletcher and Mr. William Shakespeare, Gent.” The doubleness of the source, in which Shakespeare and John Fletcher share the task of writing, contrasts with other printed plays featured thus far in Shakespeare at Yale, in which Shakespeare’s name gradually expanded and crept its way to the center of the page.

There is something fitting to this particular distribution of authorial efforts, since Fletcher would prove himself to be the King’s Men’s successor to Shakespeare–but it was a succession that, revealingly, almost always occurred in the form of collaboration. For all the many plays we can find written by John Fletcher, we can find just as many co-written by Fletcher and his colleague and contemporary, Francis Beaumont. England’s Renaissance was full of writers, but it was just as flush with co-writers. To be a writer in Renaissance England may even have meant, in a deeply powerful way, to be always a co-writer.