Printing in the seventeenth century was always a risky business–printing folios especially so. Their size and their volume meant more pages of greater size than quartos and other pamphlets required–and paper, then, was more expensive than it is today–so that the failure of a folio edition to sell could amount to financial ruin.

Happily, though, the First Folio of Shakespeare’s works did sell, and the second one, too. So much so, in fact, that there was a market for a third: 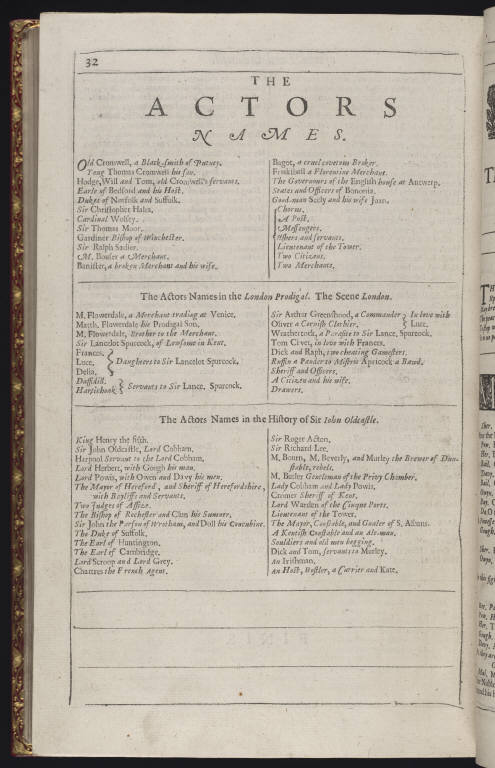 The great difference of the Third Folio from the previous two editions is breadth; seven plays, with the Third Folio, make their way into the Shakespearean canon–plays which, as the book advertises, had never before been printed in folio form: Pericles Prince of Tyre, The London Prodigal, Sir John Oldcastle, The History of Thomas Lord Cromwell, The Puritan Widow, A Yorkshire Tragedy, and The Tragedy of Locrine. 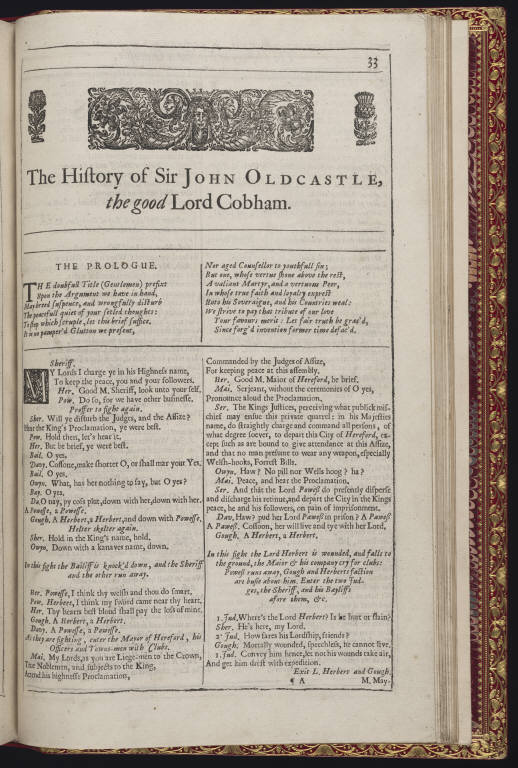