By the middle of the eighteenth century, the Drury Lane Theater had become one of the most successful theater in London, a title that was due to a broad combination of factors, but notable among them was the management of David Garrick. An established Shakespearean actor, Garrick was something of a celebrity in London theater circles, bringing to his roles a distinctive charm and charisma; that actorly verve brought to some of Shakespeare’s roles a memorable energy and force, including stories–hazily documented–of Garrick performing the role of Hamlet with a wig whose hair mechanically stood on end.

But it was Garrick’s involvement from the management side of affairs, beginning in 1747, that was arguably more consequential for the Drury Lane Theater, which had begun to wain in success until Garrick took charge. Central to that revival of Drury Lane were several performances of plays of Shakespeare–performances that, even as they did much to bolster the Drury Theater’s reputation, did perhaps even more to bolster Shakespeare’s own.

As a snapshot of some of Garrick’s day-to-day dealings with Drury Lane, here are some inventories of the books purchased by Garrick for the theater: 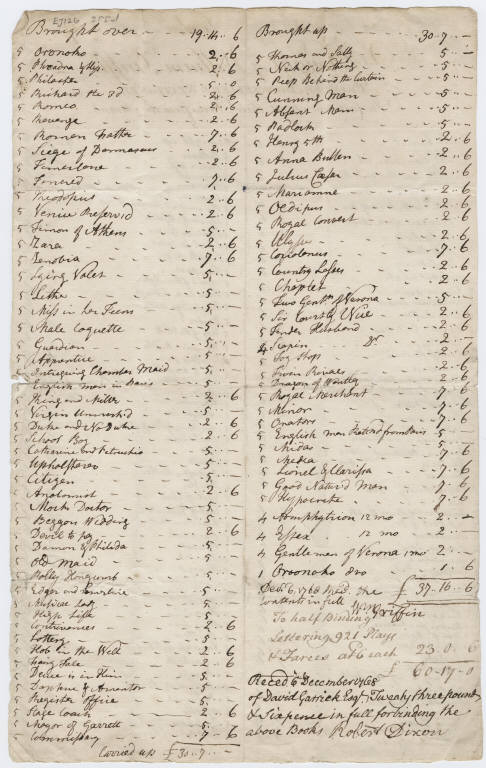