Johnson, of course, was not alone in seeing Shakespeare as the wellspring of the English language worthy of being anthologized even in the first modern dictionary. This collected edition of four Roman Shakespearean plays–Julius Caesar, Antony and Cleopatra, Coriolanus, and Cymbeline–has been carefully marked up and annotated by its eighteenth century reader, most likely a man by the name of Richard Warner, an English botanist. 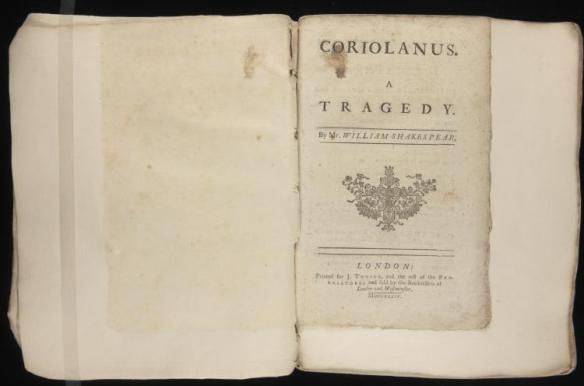 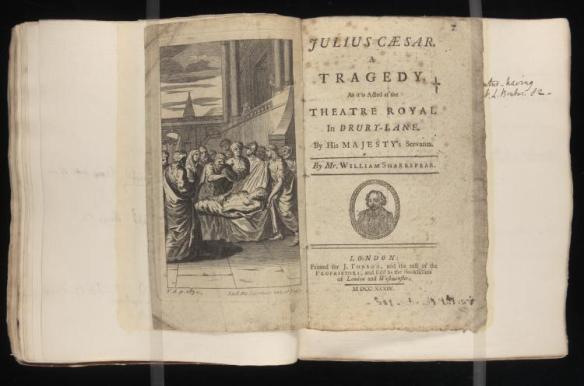 The edition even contains proofreading notes and comments by the reader, but in light of Johnson’s dictionary, it is most intriguing, perhaps, simply to note the deep underlines that punctuate each page, signaling words of particular difficulty, strangeness, or eloquence: “muniments,” “agued,” “potch,” “bewitchment,” and a characteristically Shakespearean hyphenation, “over-peer.” 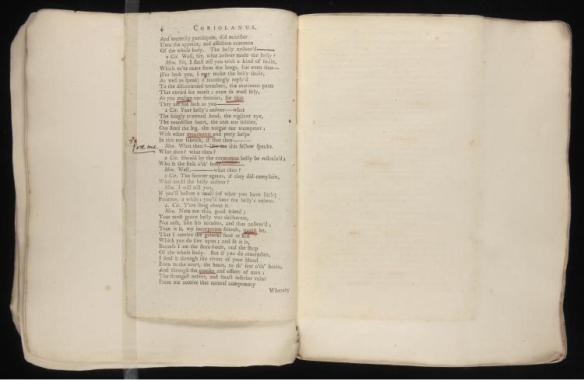 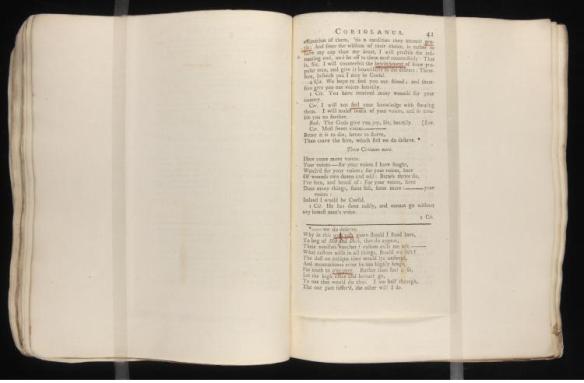