This page from the collection of poems, featuring a parody of Hamlet’s famous “To be or not to be” speech, takes a tongue-in-cheek approach to the Danish prince’s lines, changing that crucial infinitive–“to be”–to a word that has much to do with the ways we remember Shakespeare, as well as so much else: “to print.” 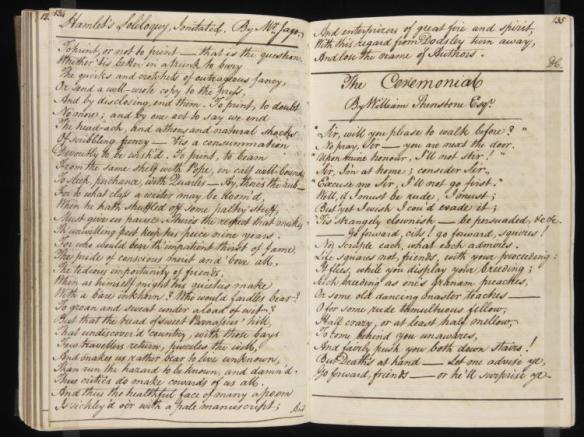