As we’ve seen, Shakespearean characters and quotes could, by the mid-eighteenth century, step from their originating contexts into English popular culture, even as editors like Malone and Steevens debated what made Shakespeare’s texts better or more Shakespearean.   One efficient response to this discussion was offered in 1794, with the announcement of the discovery of several Shakespearean documents, including a letter from Queen Elizabeth, a letter to Anne Hatheway and, most satisfyingly, a catalog of Shakespeare’s library, among others.  In 1795, these were followed by a manuscript of King Lear and a fragment of Hamlet.  These and others were displayed in 1795 in the Miscellaneous Papers and Legal Instruments under the Hand and Seal of William Shakespeare, the title page of which proclaimed them “from the original MSS. in the possession of Samuel Ireland, of Norfolk Street.” 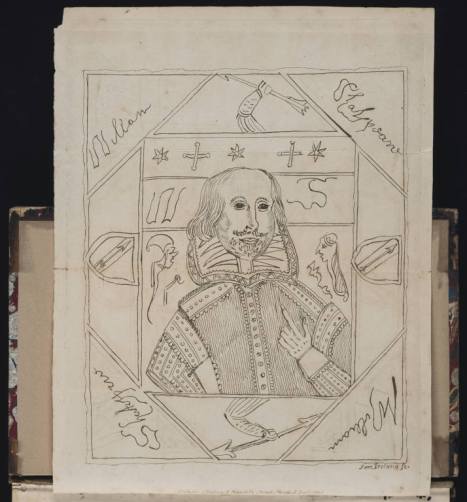 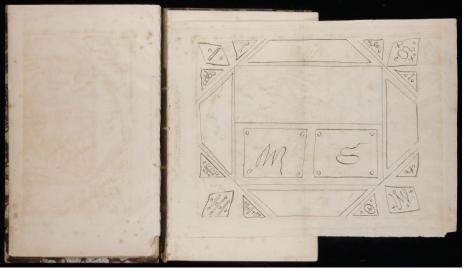